Of all the alpine plants that we grow, these are by far the most rewarding. They flower for months and are really easy as long as you stick to a few basic principles. Rhodohypoxis are a small bulbous plant native to southern Africa, and is typically found in South Africa, Lesotho and Swaziland. The mountainous regions where it is found generally have a summer of rainfall followed by relatively dry winters.  It is suggested that the conditions are recreated in order to for them to thrive.

If planted in your garden, then they need watering in the summer and protection in winter from our cold and wet climate. The combination of wet and cold can cause the corms to rot.  Rhodohypoxis are ideal for alpine troughs and containers, which can be taken indoors or a greenhouse for winter.  It is important though to keep them cool or they’ll need watering.

They flower for months 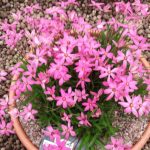 great thing about them is the longevity of its flowering time.  It will flower between late March and October.  Creating an array of colourful blooms throughout the summer.  The star shaped flowers range in colour from white to pink to red.  And there is every shade of these colours amongst the 180 cultivars.

The name Rhodohypoxis comes from the Latin ‘Rhodo’ meaning pink and ‘hypoxis’ meaning bulbous plant. Although I have also read that it comes from the Greek rhodon – red, hypo – below and oxy – pointed.  Commonly known as ‘Pink star grass’ and ‘Rosy posy’.

As far as growing new plants, nothing could be easier. We divide the small bulbs any time between February and July. Just re-pot and off you go. So go on give it a try. 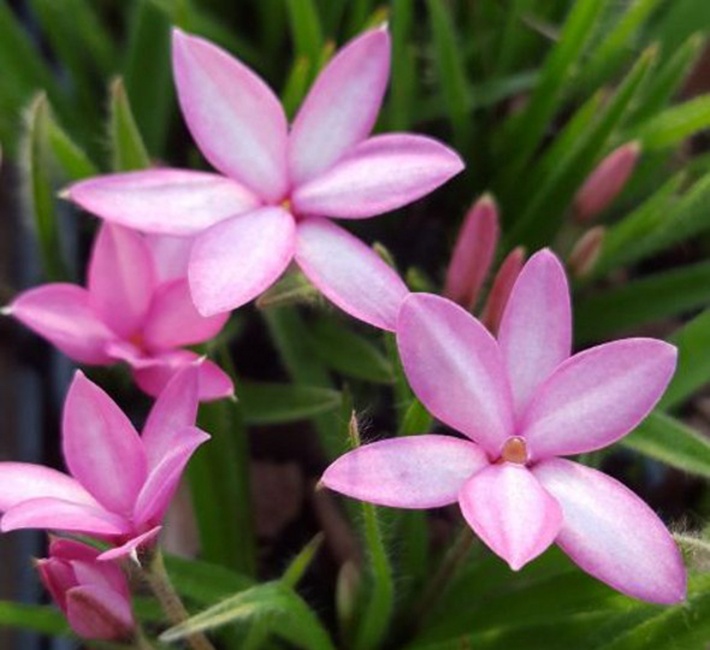