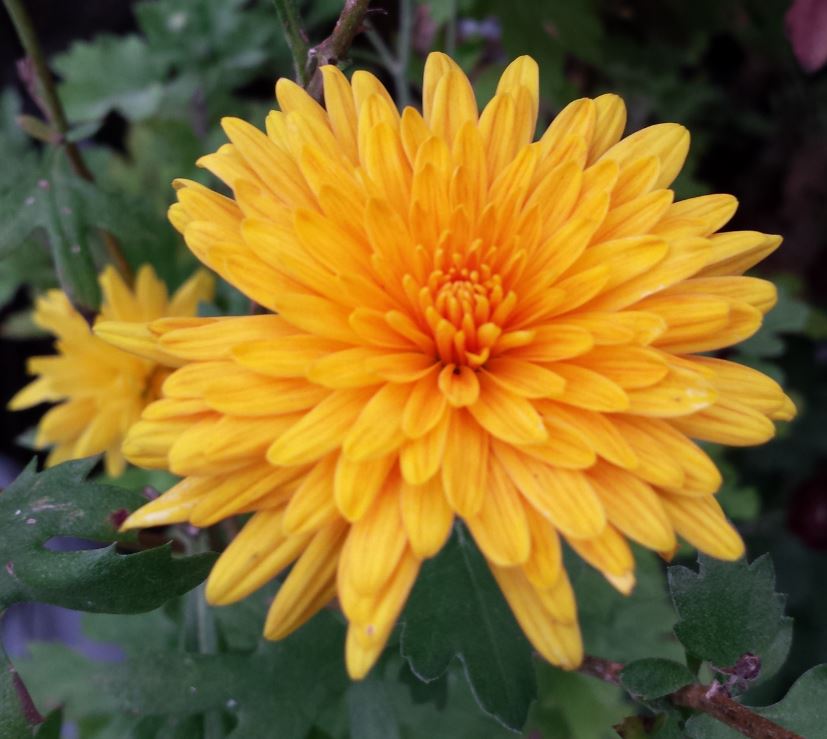 Hardy Chrysanthemums here we come! As we extend our plant range every year, special emphasis has been put on making the colourless periods of the year smaller and less prolonged. Lets face it once November gets here there is not a lot that we can put into the garden to brighten up the rapidly shortening days.

for many years we have loved the ‘old fashioned’ garden Chrysanthemums  yet suddenly we realised how we had overlooked this versatile group of plants not realising their full potential.

The range of colours, shapes, sizes and heights is almost infinite. We are not talking about the very popular mass produced ‘Garden Mums’ that flood the shops and garden centres from August. Not that we are knocking these stunning, neat, almost manicured plants – they really are truly magnificent. But to us they don’t have a place in the traditional cottage garden. They are too formal and neat. Our hardy Chrysanthemums are so much more at home in the traditional cottage garden. They are ‘lighter’ and somehow flow into other late flowering plants – The Michaelmas Daisies, Helianthus varieties, Hesperantha (Schizostylis) and Tricyrtis to mention but a few. And when you need flowers for the house then these fit the bill perfectly too.

We scoured the country to bring you our Chrysanthemums

With all these things in mind we have set about bringing together one of the best collections of these beauties in the country, gathering from all corners of the UK as well as bringing in many from abroad. The collection is still expanding and, as with a lot of the plants we have, it is difficult to know where to stop.. so generally (to the slight annoyance of our nursery manager) we don’t!!!

As far as cultivation goes these couldn’t really be easier. They are at home in the traditional herbaceous border or any cottage garden. Preferring a sunny site in average to rich soil, they generally look after themselves.  Most require no other attention, water when dry, feed occasionally.

There are the odd few quite tall varieties which left to their own desired may need staking. These can be kept down by pinching out their growing tips BEFORE June 21st, job done!! 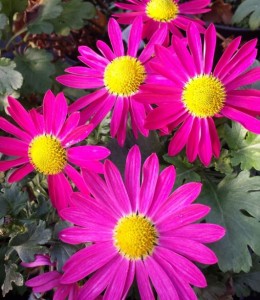 Most Hardy Chrysanthemums are free standing between 45 and 75 cm tall and needing no staking in normal conditions.

Both single and double forms exist, large and small flowered. I once remember my Grandmother telling me that she preferred small flowered Fuchsias. I was only 6 or 7 at the time and, like most children, loved the huge flowered ones. Now however I see where she was coming from. The smaller single Chrysanthemums might not be as spectacular as the large doubles but they are equally as showy en masse. The choice is yours!!

So go on, browse our listings.. there will be at least three times the amount next spring – all pretty and late flowering to beautify your garden, if you choose the varieties carefully,  right into November and often beyond if the weather is mild.

A mulch is sometimes beneficial in  hard winters otherwise they are quite hardy. They are easily divided and cuttings are some of the easiest to take. 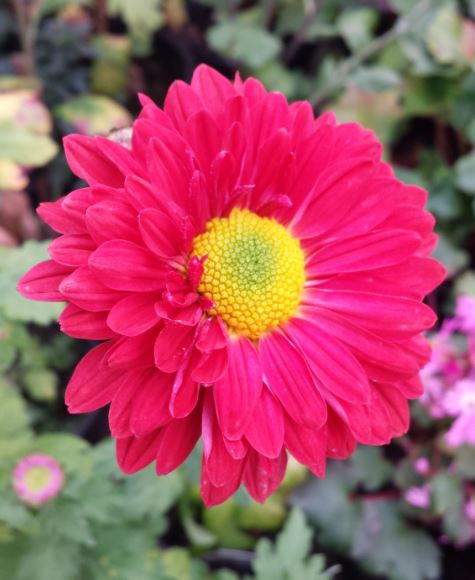