Skip to content
Home>Inspiration, Whats New>Conifers – which ones to choose
Previous Next

Conifers – which ones to choose

Conifers are such a diverse group that they are often misunderstood.  For example if you were to compare the giants that grow in California to its neighbours in the pygmy forests. Sequoiadendron giganteum (Giant sequoia) can grow to more than 95 metres and weigh upwards of 2 million Kilograms. In contrast the Cupressus goveniana (Californian Cyprus) and Pinus contorta (Lodgepole pine) only reach a height of 0.2m at full maturity in those situations.  And there is a whole range of shapes and sizes in between and suitable for many purposes.

They are mainly evergreen, and usually have needle shaped evergreen leaves.  Although there are a few exceptions as conifers such as Larix (Larch) and Gingko are deciduous, so they will lose their leaves.  Their seeds are usually attached to the scales of a woody bracted cone. This is where their collective name Conifer originated.  But yet again, conifers are that diverse that there are a few exceptions. Yews have red fleshy berries that contain a toxic seed.  Juniperus is known for its berry in gin making, it is still a cone but with unusually fleshy and merged scales that give it the appearance of a berry.

How big will my Conifer grow?

As stated earlier conifers come in a wide range of sizes and are grouped according to their size.  Here at the nursery we have tried to simplify things a little and have;  Miniature – very slow growing, Dwarf – slow growing, Intermediate – medium growth rate and Large – Faster growing. 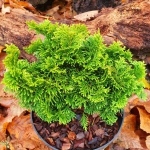 Dwarf conifers are classed as such as they are slow growing.  Dwarf conifers make wonderful feature trees and will look amazing planted in a mixed conifer border.  By planting with different dwarf varieties it will provide a contrast in colour and texture.  Conifers vary in colour from icy blue to vibrant golds.  Chamaecyparis lawsonia ‘Minima Glauca’ and Cryptomeria japonica ‘Vilmoriniana’ are good examples of dwarf conifers.

Intermediate conifers are those that have a medium growth rate.  After 10 years you would expect a height and/or spread of 6-15 feet.  These can be used as a feature in a larger garden or a backdrop in a border.  Cryptomeria japonica ‘Rasen-Sugi’ (Japanese Cedar) is a nice example of a faster growing specimen plant.

Large conifers are those defined as faster growing and have a 10 year height of over 15 feet.  They are suitable for large expanses, where they stand strong. Once again these can be used at the back of a garden to add a vertical element to contrast with trees and shrubs planted in the foreground.  The giant of the Californian forests Sequoiadendron giganteum is a good example of a large conifer, although slow growing at first.

The wonder of Conifers

Conifers are quite amazing and really come into their own in winter when other plants may have become dormant.  Whether cascading over a low wall or standing to attention in borders or patio pots. By growing conifers in pots the growth rate can be slowed down and the conifer can be enjoyed for longer before needing to plant in the ground.

Some conifers are used in Bonsai.  Those who practise the art of bonsai use a technique called candling and root pruning.  Candling is where they remove new growth to limit the plants ultimate height and spread.  Root pruning consists of removing the tree from its pot and trimming some, but not all, of the feeder roots. This will limit the plant’s nutrient uptake and will slow the plant’s growth rate. These techniques have been used for hundreds of years.  Cryptomerias make good Bonsai trees, especially those with gnarled or twisted branches.

The majority are grown from seed, which are wind pollinated, however some are grafted.  Grafting is used when there is no other way of propagating, this type of conifer cannot be grown from cuttings.  It is a very complicated and time consuming process; therefore grafted conifers are normally much more expensive to buy. 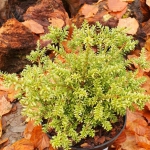 Caring for your conifers

Conifers are easy to maintain.  They generally like a dry area.  Apart from Taxodium (Swamp Cyperus) which is quite happy on wet or clay soils and will quite happily grow with their feet in the water.

Feeding: Conifers are low maintenance and only really need an annual feeding of general purpose fertiliser every late winter.

Mulching: After fertilising in late winter add some mulch to suppress the weeds, provide nutrients, improve the soil conditions and conserve moisture

Watering: Newly planted conifers require a good watering regime but once established do not require much watering

Pruning: Conifers need very little pruning unlike other woody plants.  Size can be controlled by some trimming and pruning.  Trimming of the green foliage is possible if done the same way you would do a hedge.  Most conifers do not regenerate and will not grow from old wood if you prune into this.  There are exceptions of course, and Thuja is one of those that can be pruned quite hard and will regrow. 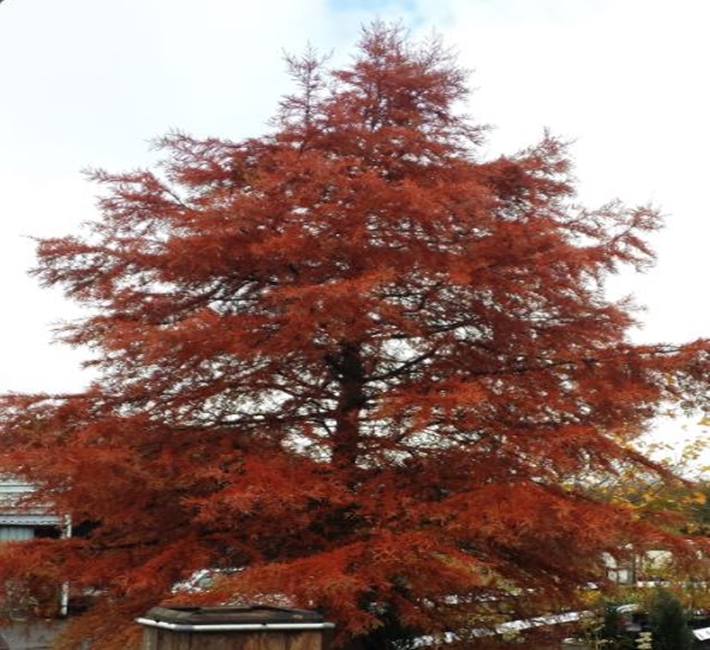 Sorry - due to exceptionally high order levels, we have temporarily suspended ordering. We hope to have caught up on processing existing orders shortly and will reopen orders then.
This website uses cookies and third party services. Ok
Go to Top