The definition of the word ‘Prairie’ is a large open area of grassland.  However when talking about the style of 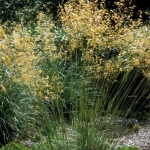 planting in Prairie Gardens it is generally a large area planted with a mixture of grasses and flowering perennials.  With that principal in mind, it is possible to scale back and be recreated in smaller areas but it may have less of an impact.  The traditional North American Prairie gardens tend to have a ¾ grass to ¼ perennials, but in Europe and the UK, the trend is to intermingle and focus more on the perennial plants. The aim is to achieve a relaxing and naturalistic environment that will attract wildlife.  With the aim of having a wild, true to life look, that is rugged yet inviting and heavy on native plants that will attract birds, bees and butterflies.  It has a similar aim as creating a meadow but is quite different as meadows flourish on thin calcareous soil and prairie planting is better suited to fertile soils.

Although the final result may look as if everything has been planted randomly, don’t be fooled as it takes quite a bit of planning.  You need to take into account the following 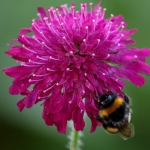 So with these points in mind you can start to plan your prairie planting, fine textured grasses will create a soft atmosphere and gentle swaying movement, it also adds subtle colour adding to the carefree aesthetic.  A palette of grasses like Stipa, Deschampsia and Calamagrostis pared down with Sedums, Echinacea and Achillea could be used and repeated throughout the planting area. Other perennials such as Knautia macedonica, Perovskia, Eryngiums, Selenum, Croscosmia, Rudbeckia, Solidago and Asters will all work well.  By including these perennials you will have a variety of spires, balls and daisy like flowers which makes it very aesthetically pleasing to the eye.

Year on year with the constant regeneration the garden will gradually grow and change having a life and dynamic of its own.  You can also expect it to attract more and more wildlife as it becomes a magnet for Bees, Butterflies and Birds who will love the pollen and nectar rich flowers, and the shelter that it offers.

Maintenance is fairly straightforward, it is mainly weed control which you need to keep on top of, it helps 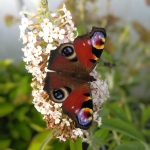 if the area is completely weed free before you start planting.  Native pasture grasses can cause a weed problem as they have the advantage of growing all year as do nettles.  Nettles can be pulled by hand but the native grasses are best dealt with by spot-spraying with a weed killer if possible.  Smaller non-grass weeds such as buttercup can be left as the taller plants overshadow them.  At the end of the year you are left with a mass of dead growth this is most easily dealt with by just chopping it down either with a brushcutter or hedgetrimmer after Christmas and left to rot down, creating a natural mulch layer and a great habitat for invertebrates and other wildlife.  For those of you with pyromaniac tendencies the burning of prairie gardens are more suited to the North American gardens with a large grass content rather than the British and European style ones and our climate isn’t dry enough to allow it.

There are several areas in the UK that have been prairie planted, a nice example is The Merton Borders 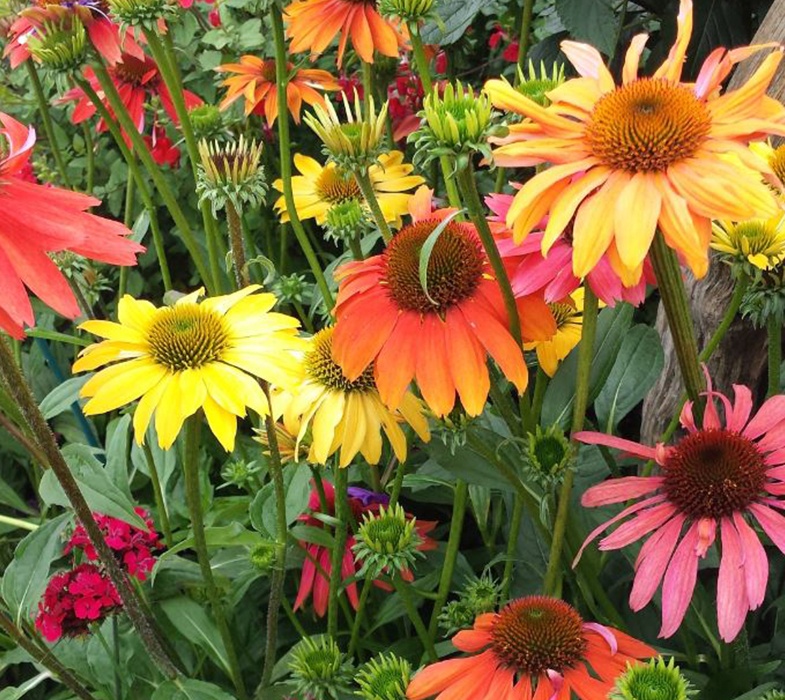